for nearly thirty years. Between them they have been lucky enough to perform with some of

traditional music’s finest appearing on nearly one hundred recordings and touring the World.

Their debut duo CD, ’Secret Orders’ was released back in 2005 to great critical acclaim and

they continue to tour, record, teach music and raise their three young children from their base

in beautiful Dumfries and Galloway.

Founder member and mainstay of the internationally renowned Battlefield Band for more than 40 years, Alan was the first to use keyboards as an integral part of a traditional folk band.The depth of his melodic playing and punctuated rhythms have so defined Celtic music that his influence can be heard in many of today’s younger generation of Celtic musicians.

Alan is also a prolific and fluid songwriter, his compositions full of imagery and stories of common folk and historical figures as well. As interesting and moving as the stories are, his musical compositions leave the listener with a strong, memorable and very singable melody.

Alan has a busy touring schedule, with stints in the USA, Germany and Australia in the past few months, so we are highly delighted that we can welcome him again! 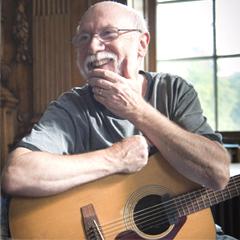 Gerda Stevenson, actor/ writer/ director/singer-songwriter, trained at R.A.D.A., London, winning the Vanbrugh Award. She has worked on stage, television, radio and film throughout Britain and abroad. In 2014, she was nominated as one the Saltire Society’s OUTSTANDING WOMEN OF SCOTLAND. From the Stevenson family of musicians (her father the composer/pianist Ronald, sister composer/harper Savourna, and niece composer/fiddler Anna-Wendy), Gerda is known for her singing in many theatre productions. She was nominated in 2014 for the MG ALBA TRAD MUSIC AWARDS, in the SCOTS SINGER OF THE YEAR category. With support from Creative Scotland, a highly acclaimed CD of her own songs, NIGHT TOUCHES DAY, was released in 2014 (Gean Records, produced by Mattie Foulds), her vocals accompanied by an array of fine Scottish musicians: James Ross, Konrad Wiszniewski, Inge Thompson, Seylan Baxter, Rob MacNeacail, and Norwegian multi-instrumentalist Kyrre Slind.

Kyrre Slind is a brilliant musician from Norway now living in Kerry. He plays several instruments like the Renaissance lute, acoustic guitar, banjo and sitar.  He sings Gregorian chants too. His music is deeply rooted in the power of nature and he is an accompanist of great sensitivity and skill.