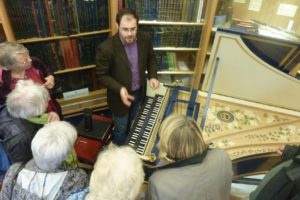 Henry Lebedinsky explains his music, and demonstrates aspects of the Wighton harpsichord, to interested audience members after his Cappuccino Concert this morning. 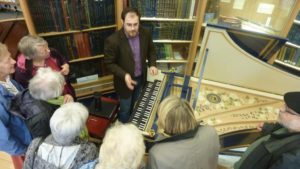