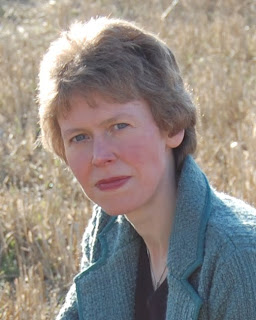 Dr Sally Garden, mezzo-soprano and former Historical Musician in Residence at the Wighton Heritage Centre, will give an illustrated talk entitled: Song of the Silent North: a Scottish voice in Scandinavia. The talk introduces Sally’s new classical cd release Song of the Silent North recorded with Donald Hawksworth (piano) and will explore the themes of landscape, language and lyric tradition which have inspired her recent work. Sally is currently Honorary Research Fellow at the Centre for Scandinavian Studies, University of Aberdeen.

Sally has donated a number of CDs – these will be on sale at the event price £15 – all proceeds to Friends of Wighton.

Sally Garden (mezzo-soprano) was born in Angus, north east Scotland. She is currently Honorary Research Fellow at the Centre for Scandinavian Studies, University of Aberdeen. Her recital and research career encompasses international collaborative work, festival appearances, concert promotion, publishing, editing, new media work, and composition. She was educated at the Universities of Aberdeen, Heriot-Watt, and also Edinburgh where she gained her doctoral degree in music. After initial vocal studies at NESMS (Aberdeen), and an appearance as finalist in the Mary Garden International Prize, she was fortunate to be able to continue her studies with the distinguished Italian mezzo Laura Sarti. After several years working in business, she turned to music full-time in 2002 with a research appointment at the University of Glasgow. In 2003 she was appointed Historical Musician in Residence at the Wighton Heritage Centre, Dundee, where she directed a 3-year programme of events to unfold one of Scotland’s finest music archives. In recent years she has completed a variety of research commissions and working freelance, has been able to devote more time to her distinctive recital work. She has also travelled by special invitation to Norway and Germany to develop her work on Edvard Grieg.