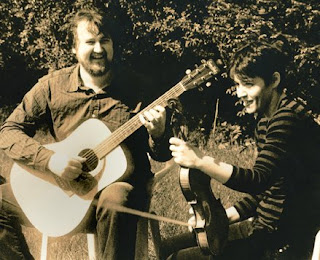 On Saturday 19th February, in Dundee Library’s Wighton Heritage Centre, there will be a cappuccino concert performed by traditional musicians, Carol Anderson and Martin MacDonald.

After a relaxing and sociable coffee and newspapers, served from 10.30am, the hour-long concert will begin at 11am.

Carol Anderson is an energetic and sensitive fiddle player from Aberdeenshire. She has been playing since the age of ten and was taught by Jean-Ann Callender. Over the years she has played in many bands, and is currently working with accomplished musician

Martin MacDonald, a Lewisman and piper, whose fingerpicked guitar and 5 string banjo is extremely sympathetic to their repertoire of mainly Scottish pipe tunes.

They are joined on Saturday by Dundee–based singer Barbara Dymock, who will add some traditional Scottish songs to their usual instrumental mix.

Admission is £5 (including coffee and newspapers).