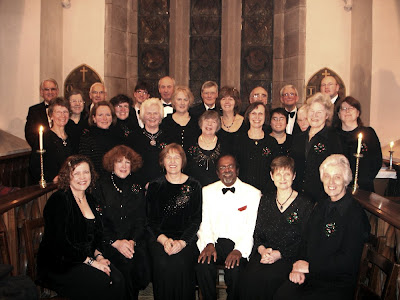 On Wednesday the Samuel Chorus will be performing in the Wighton Centre in Dundee Central Library, Wellgate, DD1 1DB, from 1.15 to 1.45 pm.

The Samuel Chorus, ias conducted by Raj Samuel. Based in Lochee, it began as a small group of friends singing Carols for Christmas in 2004, and has grown to over 30 voices. They have performed Vivaldi’s ‘Gloria’ with instrumental accompaniment, but often sing unaccompanied. Their repertoire includes madrigals, part-songs and sacred music spanning 5 centuries

Other events coming up at the Wighton Centre include Dundee traditional singer Maureen Jelks on Wednesday, June 06, 2007. Maureen is now back running the Wighton’s weekly Scots song workshop every Tuesday , 2-3.30pm. there are also classes in fiddle, harp and whistle every Saturday.