Singer Lesley Ann McLuckie is one of the hidden gems of the Scottish music scene.  Though she has always loved traditional song, work and family commitments curtailed her involvement until a meeting with Maureen Jelks, through a carers singing group, led to friendship and involvement in the Angus Trad Roots sessions.
She regards the Fisherman’s session in Broughty Ferry as her second home and it was there she received the ultimate accolade for a traditional singer – an invitation to sing in ‘The Worlds Room” in Edinburgh!

Wighton stalwart Sheena Wellington will be exploring the songs associated with James Hogg, one of the most interesting characters in Scottish literature and music.

Friends of Wighton’s  autumn season  kicks off with a series of great concerts featuring some of the finest singers, in both Scots and Gaelic traditions, in Scotland.

Double Mod Gold Medallist Wilma Kennedy, one of Scotland’s finest Gaelic singers – and, we are proud to say,  Wighton Gaelic song tutor – with a programme which includes songs from Albyn’s Anthology, which is in the Wighton Collection.

Heather Innes (vocals, bodhran) and Pauline Vallance (vocals, clasarch, flute) first played together for an impromptu song on Ciaran Dorris’ live Christmas show on Celtic Music Radio December 2013. They enjoyed working together and decided to continue if the occasion arose. It has a number of times and as well as singing in the Caim trio for concerts and festivals in the last few years, Pauline and Heather have continued to give duo concerts in Scotland and are looking forward to a tour in Ontario, Canada in May 2017.

Fiery tunes and beautiful songs from the Gaelic and Scots tradition by three of Scotland’s finest musicians.

The Scottish trad trio of Charlie McKerron (fiddle), Sandy Brechin (piano accordion) and Brian Ó hEadhra (guitar & vocals) are three accomplished musician who draw on a wealth of tunes and songs from the Gaelic and Scots traditions.

They each are acclaimed composers in their own right. The trio have performed in Scotland and abroad and have wowed audiences with their choice of material and engaging stage performances. Each artist is also known through their work with other acclaimed acts; Charlie performs with Capercaille and Session A9; Sandy with Bùrach and the Sandy Brechin Band; Brian with Cruinn. 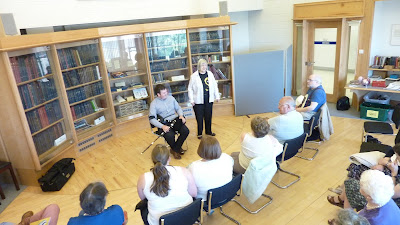 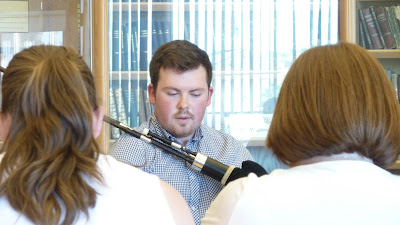 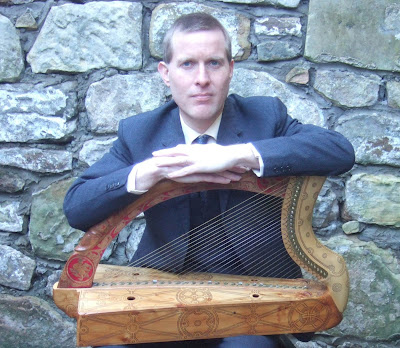 Family Ceilidh for all ages to end the Festive Period

For tickets and more information
01382 200900
mail@frigateunicorn.org

The Friends of Wighton group will welcome the Scottish Traditional Music Awards to Dundee by inviting visiting and local music lovers to take a close-up look at the fascinating Wighton Collection and enjoy a live music sessionat the same time.

The Centre will be open from 2pm to 5pm on Friday 4th December and from 10am -12.15pm on Saturday 5th December. Books will be on display and Wighton tutors and committee members will be there to sing, play and answer questions!

The Wighton Heritage Centre was opened on 24th November 2003. Located upstairs in Dundee Central Library, it provides a dedicated space for the storage and display of the internationally important Wighton Collection. 700 volumes of old Scottish music were collected together in the early 19th century by Dundee merchant Andrew Wighton, and were bequeathed to the city after his death.

The Wighton books with other donations and acquisitions, are now kept in glass-fronted bookcases in the Wighton Centre. The Centre also acts as a bright, atmospheric performance and study centre, allowing scholars to access the riches of the collection, and providing a lovely performance space for music and other events.

The Friends also work towards the conservation and cataloguing of the collection of books, and have made some important acquisitions to add to the collection.  They are currently fundraising to conserve rare music books from the collection of Sir Jimmy Shand and visitors will be able to contribute.  Jimmy’s musical taste was exemplary, as shown by the lovely 18th and 19th century manuscripts in his collection.  Rumour has it that one or two of the Shand books, currently not on public display, might make an appearance at the Open Days!