Scottish music for the battle of Harlaw 1411 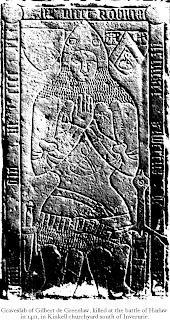 July 2011 marks the 600th anniversary of the Battle of Harlaw, fought in Aberdeenshire in July 1411.

This famous and bloody battle became known as “Red Harlaw” because of the amount of blood soaked into the battlefield, and the number of men killed on each side.

To mark the anniversary, historical musician Simon Chadwick is holding a series of music workshops in Dundee’s Wighton Heritage Centre, upstairs in the Wellgate library.

Open to all singers, instrumentalists and listeners, the workshops will be at 2pm every Saturday during July, and will look at the rich tapestry of music and songs which surround the battle. Participants will have a chance to hear and discuss different versions of the tunes from old books and manuscripts, and will have a chance to try their hand at playing them on various instruments including fiddle and medieval harp.

The cost per workshop is £5 (or £2.50 for under 25s). Each workshop is stand-alone so people can come to as many or as few as they are able.

Simon Chadwick is a specialist in historical Scottish music, performing regularly using his beautiful decorated replica of the medieval “Queen Mary” clarsach or Scottish harp. He leads the weekly harp class in the Wighton Centre.

The Wighton Heritage Centre is a purpose-built study and performance venue upstairs in Dundee Central Library, Wellgate, DD1 1DB. Housing the internationally important Wighton Collection of antique Scottish music books, it is a bright and airy space ideal for music and classes.

The Friends of Wighton, who are organising this series, is a group which promotes awareness of the Collection and use of the Centre. It organises monthly lunchtime and Saturday concerts of Scottish music, historical, traditional and contemporary, and also runs weekly classes in fiddle, whistle, harp, Scots song and Gaelic song.